From now on, please find our latest information by clicking here 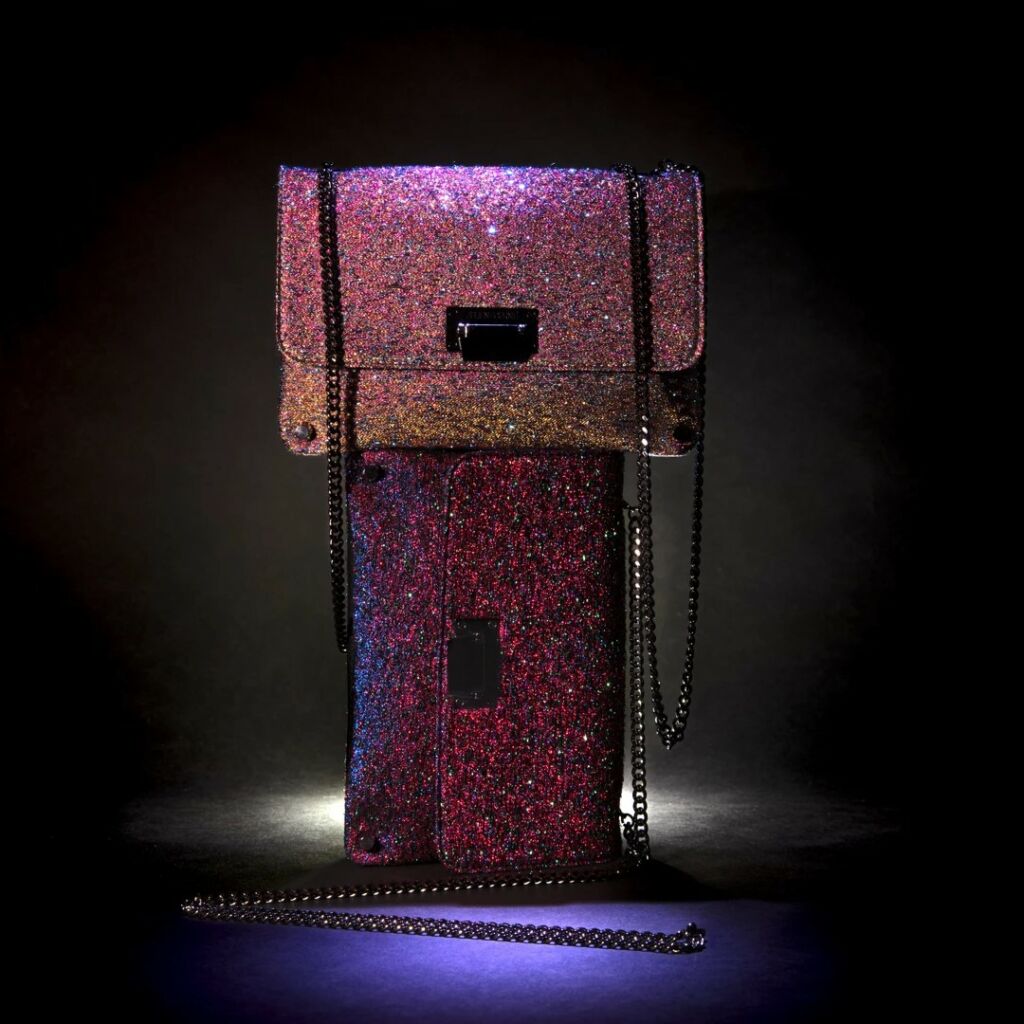 For the closing ceremony of the 74th edition of the Cannes Film Festival 2021, Belgian actress Déborah François was in Julien Fournié Haute Couture on the red carpet. 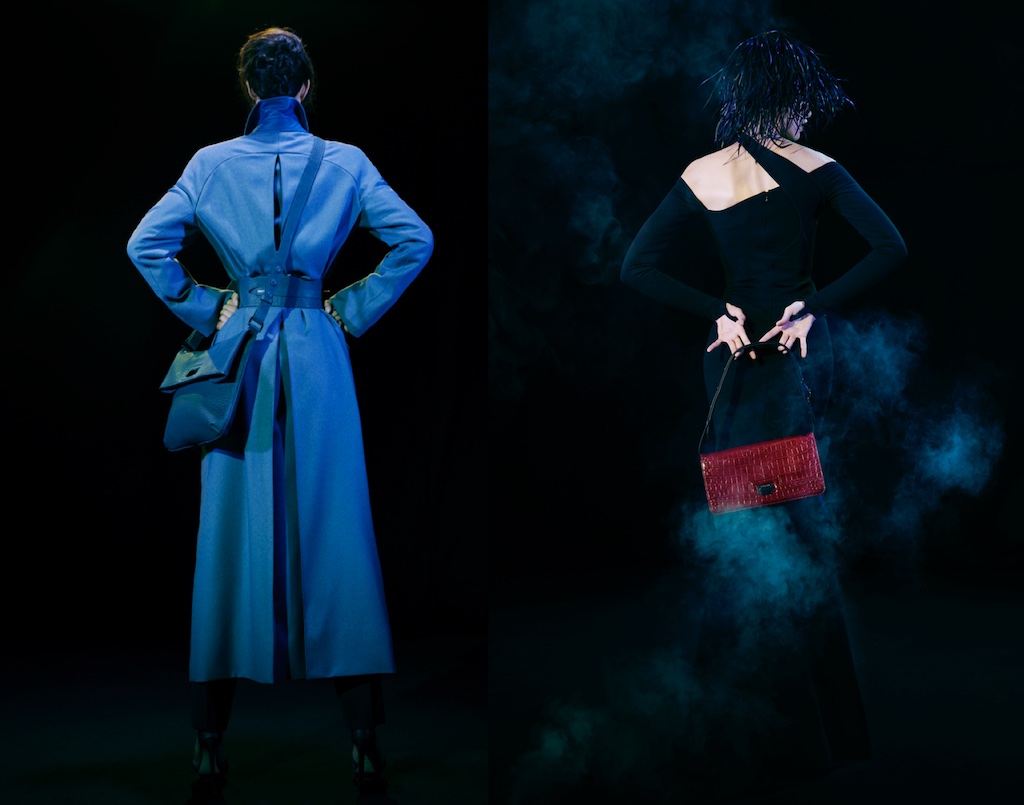 In accordance with our privacy policy, your personal data will be kept at Maison Julien Fournié. They will never be communicated or sold outside our company.

During the closing ceremony of the 74 edition of the Cannes Film Festival, Mounia Meddour and Sameh Alaa awarded Tang Yi for the film Tian Xia Wu Ya (All the crows in the world), the Palme d’Or for short film.

Franco-Algerian director, screenwriter and producer Mounia Meddour, also a member of the jury for the 2021 Cannes Film Festival selection “Un Certain Regard”, wore a Julien Fournié Haute Couture dress from the Première Conquêtes Collection as well as the Pocket Belt ” Indiana”.

In accordance with our privacy policy, your personal data will be kept at Maison Julien Fournié. They will never be communicated or sold outside our company.

The South African lyrical artist Pretty Yende participated in the great symphonic concert organized at the Eiffel Tower at the Champ-de-Mars in Paris on Wednesday July 14, 2021 for the National Day.

While some designers took advantage of the physical presentation format to show their pieces, digital presentation also has its advantages, and if you know how to exploit them you can generate a fashion-meets-videogames collection, being the case of Julien Fournié (I.G. @julienfournie) who for his collection “First Squad” took advantage of both his level of creativity and aesthetics as well as his admiration for superheroes and the aesthetics of video games, who in this era have achieved effects as realistic as life itself. If there is something that both fields have in common is customization, and that is why the designer collaborated with PUBG Mobile, offering its players the possibility of creating their own identities.

It is an unprecedented and explosive partnership. PlayerUnknown’s Battlegrounds (PUBG Mobile), the first royal battle video game on mobile, will work with the French style Julien Fournié, from the eponymous haute couture house. The announcement was made on Wednesday during Paris Fashion Week Haute Couture. “It is in development and it should emerge soon, perhaps for Thanksgiving”, advises Julien Fournié, near the Parisian.

PUBG MOBILE enters high fashion for the first time, partnering with one of the most exclusive and creative Haute Couture fashion houses, Julien Fournié

London – July 8th, 2021 – Today PUBG MOBILE, one of the world’s most popular mobile games, is pleased to announce its partnership with Julien Fournié and his eponymous Haute Couture fashion house Julien Fournié. The partnership will see both industry leaders collaborate in a landmark fashion and gaming crossover and will be the first time PUBG MOBILE has partnered with a Haute Couture fashion brand, of which only 15 exist across the world. Officially unveiled during Paris Fashion Week Haute Couture, further details of the in-game collaboration are arriving in the coming months.
Julien Fournié is a French designer known for his work in Haute Couture, a fashion discipline which focuses on exclusivity, authenticity, creativity, innovation and traditional craftsmanship. Eschewing the modern trends of ready-to-wear fast fashion, Julien Fournié and Haute Couture create bespoke, unique pieces which embrace the extraordinary beauty of French fashion. A sign of ultimate luxury, Haute Couture is a term protected by law in France. Only 15 brands can legally bear this label, of which Julien Fournié is one. This innovative creativity makes Julien Fournié a perfect match for PUBG MOBILE, which through its focus on self-expression and number of successful IP partnerships gives its players the ability to craft their own unique identities.

During Paris Fashion Week on July 6th, Julien Fournie revealed his Fall/Winter 2021/2022 collection through the online film “FIRST SQUAD”. Merging his lifelong admiration for superheroes and new technologies, much of the collection is inspired by the aesthetics of video games. At the end of “FIRST SQUAD”, Julien Fournié announced his collaboration with PUBG MOBILE by introducing a teaser of the two iconic brands shown side by side. PUBG MOBILE, a game focused on player self-expression, offered key inspiration for Julien Fournié’s cutting-edge blend of fashion and gaming.
“Collaborating with PUBG MOBILE is a dream come true for me,” declares Julien Fournié. “Not only, because it ranks among the top mobile games across the planet. But most important for me because it enables millions of players to interact from all five continents and explore another dimension together, in order to face challenges and improve. This is what Haute Couture has in common with PUBG MOBILE: encouraging you to explore dreams and to learn from them to Find Your Legend. I cannot wait until the gamers will discover what we have in mind for them!”

PUBG MOBILE has partnered with brands across multiple fields and industries since its launch in 2018. However, this is the brand’s first partnership with a Haute Couture designer and marks an unprecedented crossover of video game and high fashion culture.
PUBG MOBILE is available to download for free on the App Store and Google Play Store.

ABOUT PUBG MOBILE
PUBG MOBILE is based on PLAYERUNKNOWN’S BATTLEGROUNDS, the phenomenon that took the world of interactive entertainment by storm in 2017. Up to 100 players parachute onto a remote island to battle in a winner-takes-all showdown. Players must locate and scavenge their own weapons, vehicles and supplies, and defeat every player in a visually and tactically rich battleground that forces players into a shrinking play zone.

Julien Fournié is a French designer who has chosen fashion as his laboratory to influence and change life around the world. He always imagines his designs first with a sketch. He has chosen to become first a Haute Couture designer because of the core values of this discipline : exclusivity , authenticity, creative freedom, innovative techniques, paired with traditional craftsmanship. In his eponymous house, the Haute Couture house which he has founded and fully controls, Julien Fournié is feeling completely free to decide what he wants to do and how he wants to achieve it. This freedom and independence of thought are paramount for a Haute Couture house and his designer. Thus, Julien Fournié stands behind each and every project in his realm, and each creative impulse follows his intuition only.

Pascal Morand, president of France’s Federation of Haute Couture and Fashion, told AFP there was “a very strong appetite to return to the physical.” But he was not ashamed to deploy the word “phygital” for the current state of affairs. “It won’t be one thing or the other. It will be both, and it’s a sign of innovation,” he insisted.

We aren’t going to do a live show knowing that the opinion-makers from China, Saudi Arabia, Qatar and the United States can’t come” .

FOUNDED IN 2009, THE JULIEN FOURNIÉ HOUSE IS ONE OF ONLY SIXTEEEN HOUSES IN THE WORLD TO BE AWARDED THE HAUTE COUTURE LABEL.

IT CREATES TAILOR MADE OUTFITS FOR ITS CLIENTS ON REQUEST. IT OFFERS A RANGE OF LUXURY BAGS AND ACCESSORIES.

We use cookies on our website to give you the most relevant experience by remembering your preferences and repeat visits. By clicking “Accept”, you consent to the use of ALL the cookies.
Do not sell my personal information.
Cookie settingsACCEPT
Manage consent

This website uses cookies to improve your experience while you navigate through the website. Out of these, the cookies that are categorized as necessary are stored on your browser as they are essential for the working of basic functionalities of the website. We also use third-party cookies that help us analyze and understand how you use this website. These cookies will be stored in your browser only with your consent. You also have the option to opt-out of these cookies. But opting out of some of these cookies may affect your browsing experience.
Necessary Always Enabled
Necessary cookies are absolutely essential for the website to function properly. This category only includes cookies that ensures basic functionalities and security features of the website. These cookies do not store any personal information.
Non-necessary
Any cookies that may not be particularly necessary for the website to function and is used specifically to collect user personal data via analytics, ads, other embedded contents are termed as non-necessary cookies. It is mandatory to procure user consent prior to running these cookies on your website.
SAVE & ACCEPT